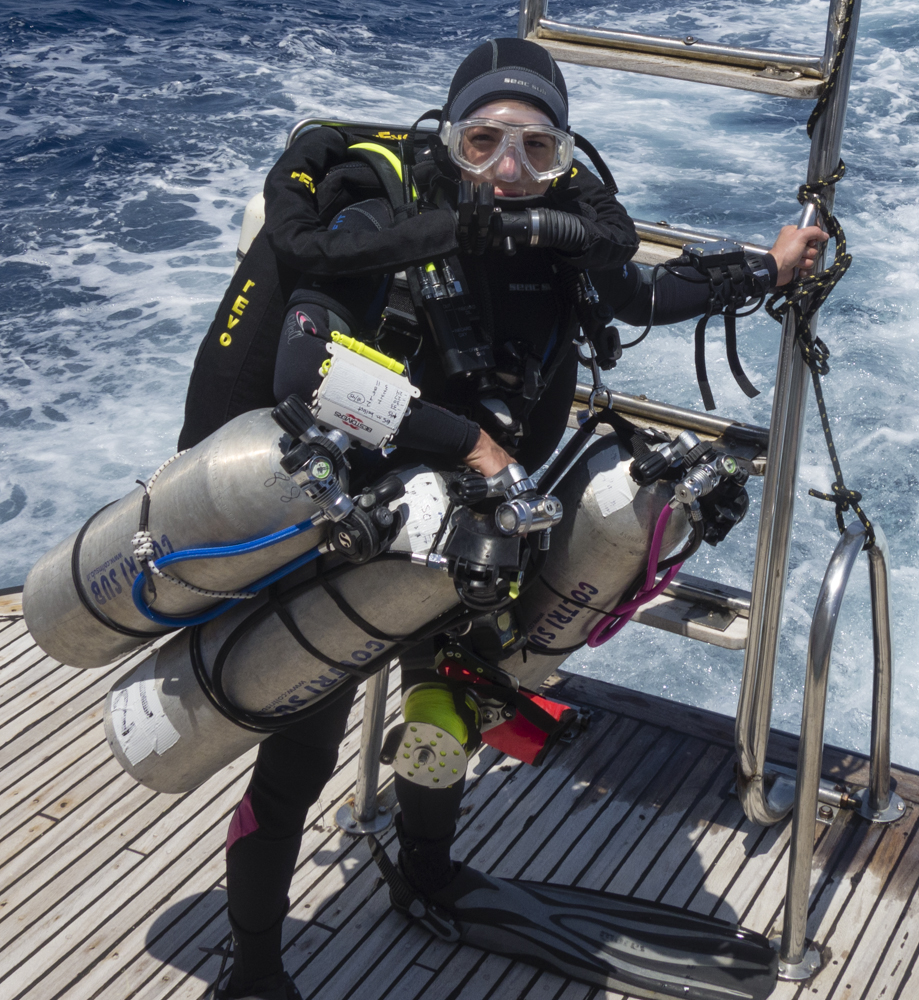 Ally is a dual American and British citizen with a colourful background.  She attended schools in Italy, Scotland, and New Hampshire in her teens, graduated high school in Hawaii, studied astrophysics at Harvard, and received a BioSciences degree from Exeter University.  Ally’s love for animals began at an early age growing up on a farm, spending most weekends at dog shows with her family, and training Saddlebred show horses in her 20s.  Her curiosity in all things small and marine was born from observing horseshoe crabs zoom around bays in Cape Cod while quahogging with her grandparents and has lead to exploring the seas of nearly fifty countries.  With 1300+ logged dives and most of those with her large camera system in tow, Ally has spent the past several years exclusively diving a rebreather with a strong concentration on trimix technical diving below 40m to document the unusual and unknown species in depths from 40m to 120m.

Ally focuses on depths to 100+m because there is very little scientific classification of species below 40m due to the depth limitation of recreational SCUBA and higher risks and costs associated with mixed gas diving.  Deeper reefs found from 30m to 75+m, known as mesophotic coral ecosystems, are biologically linked to well-studied shallow reefs and could prove more extensive, yet little is known about the community structure, ecological dynamics, and population connectivity along the vertical gradient within this deeper environment.  Ally loves discovering what creatures thrive in this more challenging environment, especially as it is an area of marine science that is virtually unexplored.

Ally dives a rEvoX micro rebreather and is certified for hypoxic trimix to 100+m, with 75+ dives logged between 60-120m.  Her work has been published in numerous media outlets including BBC News, The Guardian, BBC Focus magazine, X-Ray magazine, Diver magazine, and many other news channels worldwide.  Ally’s underwater photographs have been awarded by NHM Wildlife Photographer of the Year, Underwater Photographer of the Year, and Ocean Geographic, among others, and her photograph of the eye of a parrotfish can currently be seen in the Natural History Museum in London.